Tomorrow we go on a mission.

I’ll go out there and I’ll be alone, disoriented and frightened: I expect a major test for my career . 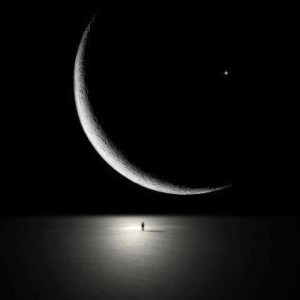 Tomorrow I’ll find out if I’m really good at work or if mine were just words.

In short . While Italy dreams of defeating once and for all the Great C, guided by the strategies of the new commander Renzi, I ‘ll be engaged in a “boss morning”. This practice, that maybe exists only in  the consultant company where I work, consists in the evaluation of the employees by specific tests, presentations and achievements, all in the same morning.

This career move could mean a lot for me. To face the test, I started to prepare myself six months ago. And the most important thing I’ve done during this time was to plan what I needed to do. Seriously it was not easy to reconcile work (Priority 1), my startup(Priority 2) and the test (Priority 3). Even the Italian government has scheduled its performance, strategically placing a reform per month.

The plan was also done for my startup of course:

Putting in order tasks to accomplish, establishing priorities for action, but also setting deadlines and milestones (and respecting them) and dividing responsibilities. Tim, our handyman, is a valuable element in the economy of the plan of our startup ,because he performs many actions, only that, if he didn’t have a battle plan, he wouldn’t survive. Thus, the plan of the performance of a startup turns out to be another important element in the creation of the same.

Because planning, and then knowing what we face everyday, makes us ready and stronger.

It makes us believe to be able to survive the Great C, in this country where merit has lost life and people smile little, we young startuppers:

and don’t give up.

5. Business Model in a time of crisis

Yesterday was a good day. For me. For others,  I don’t know.

In Eastern Europe the situation doesn’t seem to be good. How is it possible to risk this kind of escalation, in 2014? Wouldn’t it have been more appropriate to sit down and discuss it?

On the one hand, Russia is right, because there are the inhabitants of the Crimea claiming a different country(and according to Wikipedia, since 1992 they have been actually been an autonomous republic within Ukraine); on the other hand , there are disproportionate economic interests. On February 19, 1954, Crimea was given by the Soviet leader Khrushchev to the Ukraine, but only since 1989, Russia (URSS no longer) could no longer benefit from the powerful harbour on the Black Sea. Consequently Russia is looking for a way to resume earning from that region.

Strange but true my startup has the same goal: to figure out how to earn.

In a few words, set the business model to implement the business idea: we’re talking about a myriad of variables to bind together with consistency, from the procurement of customers, purchasing real product / service , through the use of forms of sponsorship or B2B . Without this step, any startup is doomed.

We don’t want to work for glory nor charity.

In my short career as a consultant, I’ve heard of entrepreneurs with great business ideas but who are dying from the lack of an effective business model.

To create our model D, our designer, bought a board, one of those with n-sheets.

Since yesterday the magic board is in Nerd per Caso’s home(now it’s not a house anymore, because it has become our startup’s office), and so yesterday we started to design our business model to understand how we can monetize. Simply be able to explain with a drawing, a diagram or a table model, gave us the opportunity to reflect . It’ssomething that I highly recommend to aspiring startuppers like us.

For now, we still see a little darkness, most likely we will try to differentiate the forms of income(although it can be a risky move), but definitely a source of income will be made by Pay Per Click (CLUE No.2).

The point is that:

By the way, the need to monetize it is among the top reasons why you create a startup, so it is an important step that we face; infact only in this way we can continue to have big dreams with our startup( in spite of the Great C).

3. The Importance of being a Team 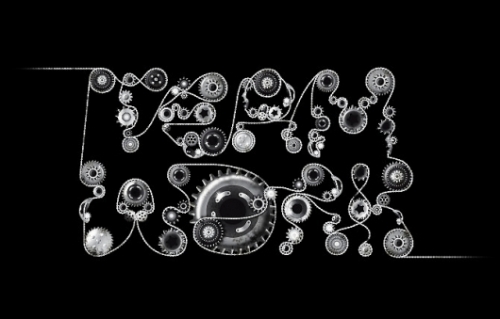 Today I risked. I risked my life in the survival of the Great C.

In a figurative sense, yes. But if it was not for Timothy, would I be here having to work overtime to pay a high tax collection box(which is not correct). 30 years. In Italy.

Luckily I have a group of people to rely on.

At apolitical level, as in the rest of the world, we are tied to a prominent leader (see Berlusconi and Renzi), and not the party and the ideas that embodies them. Moreover, we are so anchored to the idea of ​​Right & Left , which we did not realize how the content of these have become interchangeable.

In Italy in 2014, the things to do are really under the eyes of everyone.

Our government will succeed? Only if it manages to work like a team, forgetting hostile strategies and pre-determined negativity for each proposal, being optimistic and aware that we can defeat the Great C.

But even planning, dividing the tasks and responsibilities, establishing and respecting the Deadline.

As you know, when I’m not too busy actively surviving Great C and working, I carry on a business project .

I don’t want to talk about the idea(I’m too scared of being copied and replicated faster than I can develop my own idea ), but as I said earlier, I will tell you steps and essential elements of my career as an aspiring startupper. And maybe, sometimes, I will provide you some clues.

Today I am talking about the importance of being a team.

My team consists of 8 people.

– Romina, called Pigna, not because she looks like one of those things that are on the trees, nor that she’s a drug user, but just because she’s a very fussy person, and not surprisingly she takes deals with the legal, accounting and tax things;

– Francesco, the first developer, who with David (arrived later),we have sadly nicknamed “I Nerd per caso”(in Italy exists a musical group called “I Neri per caso”), our geeks .;

– Vittorio(Victor if you prefere), the undersigned, the managerial figure of the group, called the Astronaut. This will be explained it later.

Then there are added in order :

– Enrico, the Sales Manager, the man who would be able to sell an Ipad to my grandmother(who died), called The Wolf(references to recent Scorsese film are not random ) ;

– And finally , last but not least, Timothy, called Tim, the all-rounder.

Our skills and capabilities are blended with each other , fortunately , and I repeat , fortunately, we have very different ideas among us and we often fight. Which is good .. if we had not had the verve to fight that night, this idea would never have been born (we might have had trouble even if we had not bought the n(which stands for n-number unquantifiable) beers).

It’s this desire to ” succeed together “, that will make the difference.

In good times and bad , such as in a marriage. Also because we are aware that from the organizational point of view, for now, we are able to cover any position needed to create a start-up. A recipe created with a good dose of Devolpers , Lawyers & Economists, Advertisers & Dealers, and the right touch of madness (and also on this we will be back) .

But back to this morning .

I was at work without the possibility of moving, wrapped between one meeting and another.

Today a Deadline. And I forget to respect it. Submit the application for appeal.

Moments of sheer panic. Then, I managed to think: Timothy. It was enough to give him a call. He perfectly knew perfectly what to do and he did it .

And all thanks to Tim, who in reality is not even called that. But simply embodies so well the idea of ​​team that we couldn’t not nickname him so, Tim( giving credit to the stereotype that we young Italians do not know English—In Italy the pronunciation of Team is the same of Tim). In any case, Tim is in charge of operational aspects(perhaps because is the only unemployed person in the group), with a very Calcuttian availability.

Back to work, I used my break to write, this time, outdoors, in a city park, one of those oases(safety points), within this city, scared like many others, from The Great C.